Sun goes up, sun goes down, another day on the mission field. This morning started a bit different than the previous few. As goes with technology in Nicaragua, the radio station was incommunicado, but members of the team still had the opportunity to share their testimonies and lead the team in worship within the comfortable air-conditioned walls of Casa de Shelly. After a good time of fellowship and sharing, the team headed out to two schools and the local clinic in Somotillo.
At the first school, the team jumped right out of the truck and went straight to work. We combined the kids from two classrooms and made a station for the man, the legend, Doctor Anderson. With all the kids in one room, team members Jess and Sarah shared the gospel with all the kids and gave them an opportunity to accept Jesus Christ as their savior. Next, the team engaged the kids through numerous activities including soccer, football, jump rope, coloring, and chalk drawings. The kids were sad upon our departure, but it was no fewer than a couple minutes that the team was at it again in another school. Our time was limited, but we were still able to give food to the school teachers and share the gospel again with the children. The team’s next stop was the local clinic in Somotillo. We split into two groups and went around to different rooms praying over the patients and giving them a small bag of caramellos. The team was happy to be able to minister to these people. Back at the Casa, a young two year old boy arrived with an extra finger on each hand and an extra toe on each foot. Doctor Anderson completed the first of four surgeries in removing one of the boy’s fingers and stitching him back up. With the help of Doctor Anderson, he will be normal in no time.
In the afternoon, the team journeyed to the village of San Francisco South. The team was able to engage the kids again through finger nail painting, soccer, jump rope, and coloring. Doctor Anderson was once again hard at work, attending to the medical needs of the people. Sarah redeemed herself in passing out the parasite medication with Cheryl to over 100 of the villagers. The team cooked another hot meal, and it was obviously appreciated as the villagers could be seen flocking to the pot with containers in hand. The team saved their best for last performing a drama and a rap to share the Word of the Lord. The small kids and even some of the adults were entertained while still learning about original sin in a drama and Jesus feeding the five thousand through a rap. Soon enough it was time for the gringos to depart, and the team was at it again distributing resources to the Nicaraguans on the way back to the Casa.
On the team’s last day, they had the opportunity to see the new radio station on top of the Mountain of Prayer. With this new location, the station will be able to broadcast even further giving future teams the opportunity to share their testimonies across an even greater area. The team marveled in God’s creation on top of the building looking out across Nicaragua and into Honduras. Upon completing the steep trek down from the radio tower, with some taking a small tumble along the way, the team ended their journeys through Somotillo.

What a great job team LU and US Naval Academy did in serving the people of Nicaragua and honoring our Lord.
Once more let me remind you to load up and use your BWCM/Kroger gift cards and support the work of ministry here in Nicaragua. 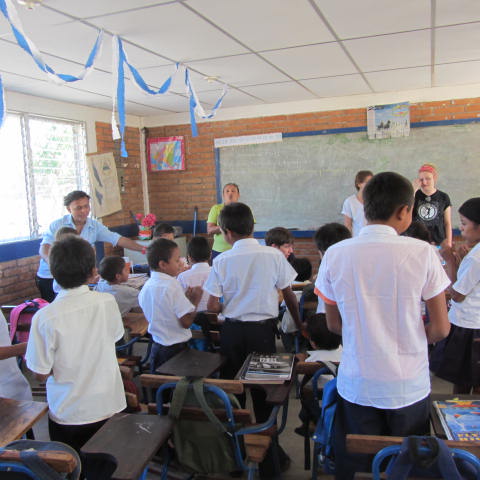 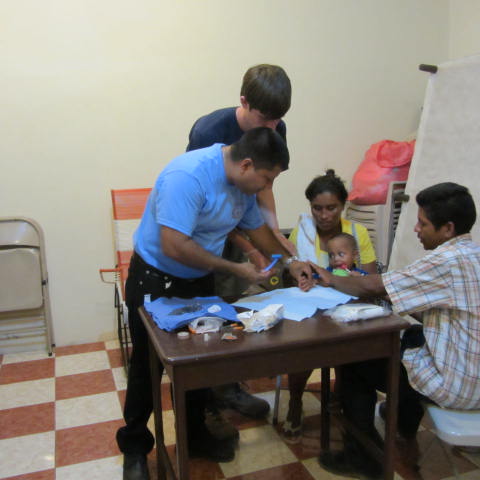 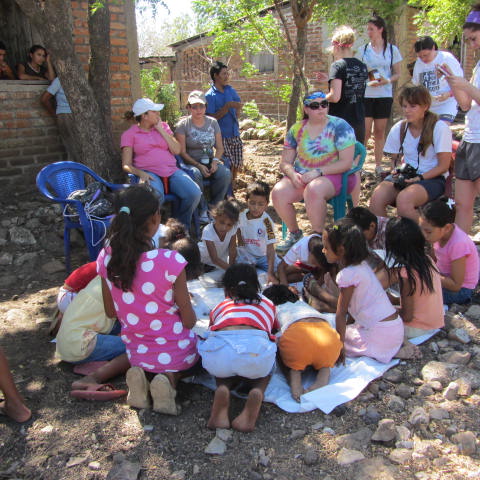