The week is coming to an end for the Huddleston crew. Time has flown by as always, and we can only hope that many lives were touched by the grace of God this week. This morning we sent another crew to the radio to share their songs and testimonies. After the radio, our morning crews split up. The men headed out to complete the Baptist field, and the girls set out for the village of Villa Esperanza. In village the girls engaged the children once more with games, tattoos, and more crafts. And once again they preformed their Ziccheaus skit, but because they were lacking a few key characters, they requested some of the Villagers play the rolls.

After lunch the team worked together to fill hundreds of water balloons for their final village of the week, Pascuala. Once in Pascuala, the team began with the skit, the engaging began and a meal was served. The Gringos showed off their soccer and baseball skills, or lack there of, in the streets with the children. It is always great to see how the simplest things such as a soccer ball bring all together as one, despite color or race. Next came the ultimate water balloon war, and when I say war I mean WAR. The children were thrilled to make the missionaries as wet as possible, and they even helped clean up the balloon pieces afterwards.

Tomorrow the Huddleston team will say their goodbyes and head back on the “big bird bus” to Managua. They will then catch their flight home to the states Sunday morning. It was a privilege to see God’s work done this week and the spiritual growth that the members have endured. 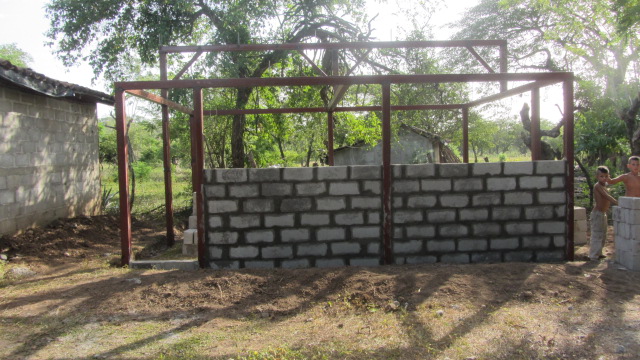