"Jesus called them (disciples) to him and said, 'Allow the children to come to me. Don't forbid them because God's kingdom belongs to people like these children.'" (Luke 18:16 CEB).
Today was a full day, starting with wakeup at 6:00. Following breakfast and devotions, it was on to the radio station for the morning broadcast. Carla and Kim gave testimonies, and Owen gave a meditation centered on Isaiah 43:1-4. When we returned to the Casa, some shopped for groceries and others went to the clinic to clean up from ongoing construction. As a note of interest, the building of the clinic began in 2006, and we are hoping that construction will be complete by February. It has been a slow process due to funding and government regulations. After filling the truck with trash, we took a trip to the landfill where we unloaded the trash, and in the process, presented testimony and distributed mannafest bags to several whom we met there. To further explain, it is important that you realize that citizens will scavenge the landfill for any possible food that might have been dumped there.
After lunch the team took a L-O-N-G trip to the village of El Danto. A doctor accompanied us, seeing over 100 patients, distributing medicine and administering parasite medication. Other team members prepared a meal, played soccer, and jumped rope. They also painted fingernails, colored with the children, and painted faces. Several team members shared the gospel with various groups of villagers. A busy day, for sure. It is interesting to note that word had gone out earlier in the day to this remote area. There was no organized village, but instead a gracious family that allowed us to set up at their house while we waited for villagers to come great distances for medical services and food. There is such a great need throughout this country, and we pray each morning for discernment on how to meet some of that need and how to be faithful disciples. 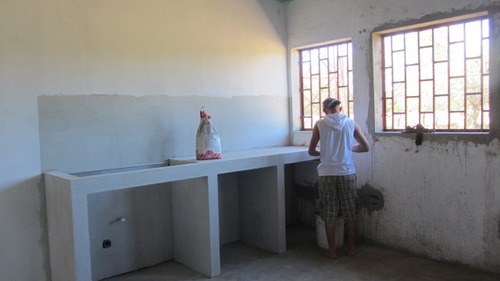 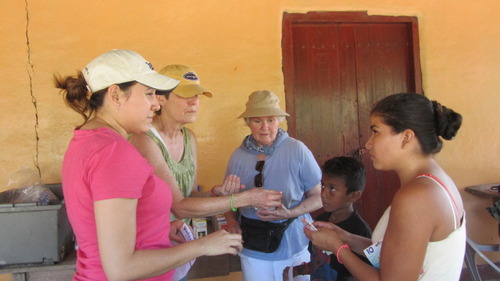