What if the missionary didn’t go?

Several of the team members talked last night about things the people would ask, like a little girl in Esperanza asking if we were cooking today. Sadly we weren’t. We were there to work on the church. Don said that was an indication they are still hungry. How often do the villagers wake up and wonder if the missionary will come today? As I understand it, Because We Care Ministries has 25 villages they work with. That means they don’t get around to each one very often. It had been several weeks since the last visit to Pascuala, the village we cooked for yesterday.

We’ve been to Esperanza a few times this week working on the church and providing for the village. It is so amazing to see the same faces a few times and be able to put a name to them. To be able to take the memory of certain faces home with us will be so powerful. It looks and feels like a pressing crowd everywhere we go, but after being here this week, it isn’t a faceless crowd.

When I almost created chaos by giving out band aids to the little kids the other day, I remember one little boy’s face. Even as the number of hands increased, stretching up to me, I had a sense of who was there the longest. I saw several times as I was trying to get the band aid to the children the look on this boy’s face. I saw how with each band aid I gave out his face became more and more hopeless. The hands increased and the band aids were running out. I intentionally found his hand among all the rest and pressed my last band aid into the palm of his hand. I saw a look of surprise for an instant before he closed his fingers around the band aid. It felt like such a personal connection. It just seemed that he knew he had been picked out of a crowd.

I found myself being very reflective yesterday. This week has flown by. I wanted to think back over the week and burn in some memories and details.

It dawned on me that we will leave soon and it won’t be like leaving from vacation. We will actually leave people we’ve come to know and appreciate. We have built bonds with the missionaries Don and Pam, interpreters Needia, Tita, Domingo, Joanna and Roberto, Reynaldo the paster to a number of the villages, workers like Angel and Nahum and the kitchen staff. We’ve come to truly care for the Nicaraguans. We have one more mission day and it feels almost somber at the thought of what we’ve been able to do but also how much there is to do. 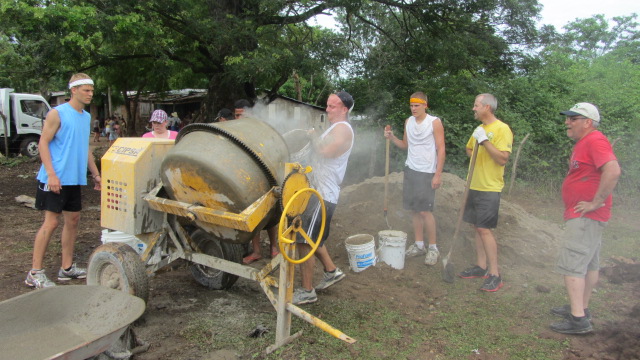